While everyone in Ireland was busy cheering on Katie Taylors historic win the weekend in Madison Square Garden Limerick based students at Limericks Munster Martial Arts which is based in Delta Sports Dome were not too far away making martial arts history having travelled to Atlantic City USA to compete in the ITO USA Tang Soo Do Korean Karate Championships and won an incredible 7 trophies at the event. 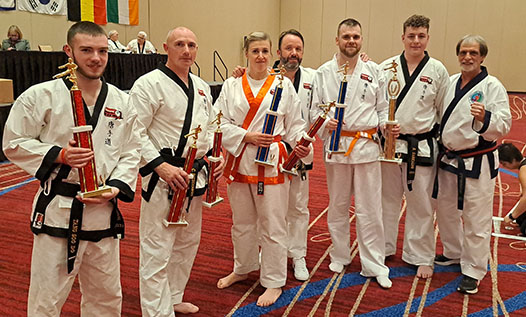 The event was attended by Tang Soo Do and Tae Kwon Do competitors , instructors and highly respected Masters from all over the USA .  The event which has a long history took place in the impressive venue of Harrah’s Casino Atlantic City and the Limerick students made a lasting impression on those in attendance with their skills in sparring and traditional forms divisions . The local team took home an impressive collection of 1st , 2nd and 3rd place trophies and were one of the most successful teams at the competition.  The team comprised of Coach Master Pat Forde , Con Fitzgibbon and his son Dean , Dace Irbe and her son Ralf Garkalanas and Joey O ‘Riordan .  Following the competition the team were invited to a special banquet with the Tang Soo Do Masters in attendance at which Limericks Pat Forde was presented with a special award for his work in Tang Soo Do here in Ireland .

Speaking of the teams success Master Pat Forde said “ I am absolutely thrilled with our success in the states and the amount of positive messages and support we have received from Limerick people . It’s a testament to the positive attitude and work ethic from all students at Munster Martial Arts after such a tough few years but most importantly we had such a fun time in America and  made so many new friends who I know will some day some come  to visit us in Limerick.” 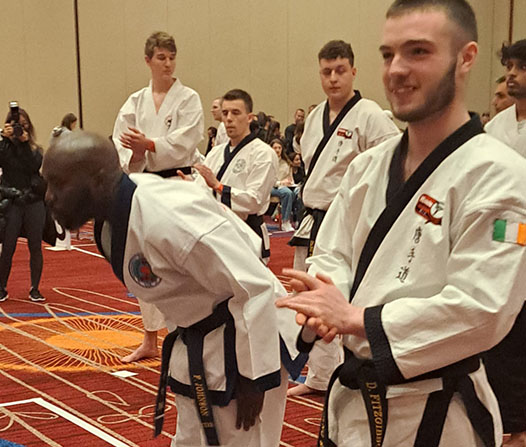 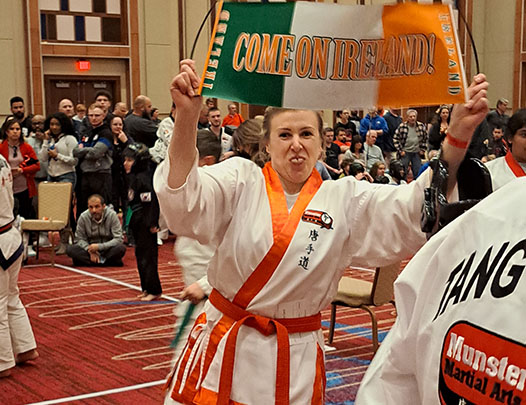 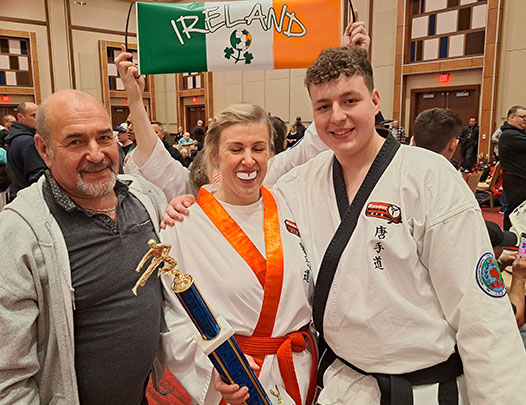 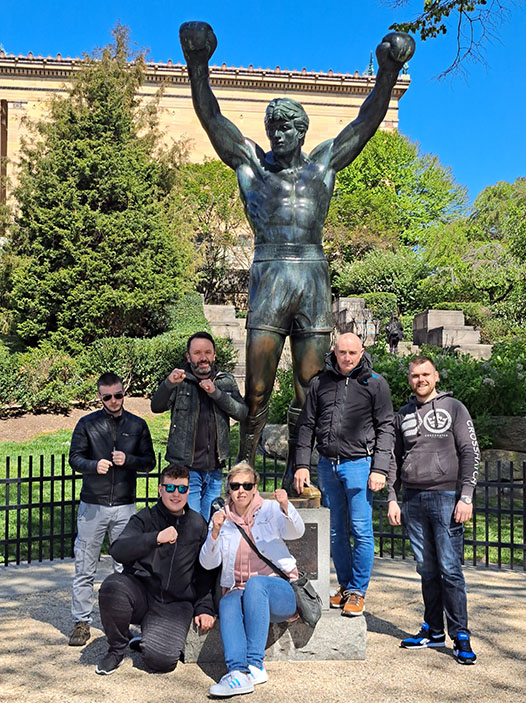 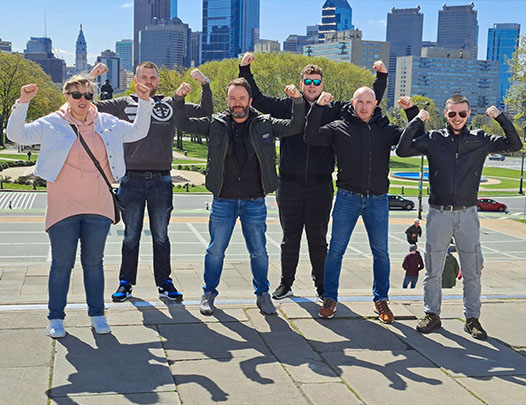