One Limerick mother Dace Irbe had a weekend to remember in Holland this weekend when she competed at the New Generation Tang Soo Do Holland Championships. 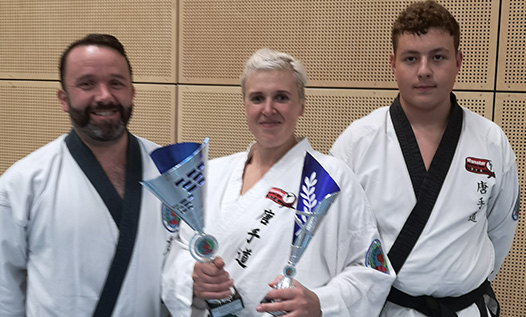 High kicking Dace was thrilled to bring home trophies for third place for forms and  second place sparring. Dace and her son Ralf  competed against competitors from all over Holland , Greece and Belgium. 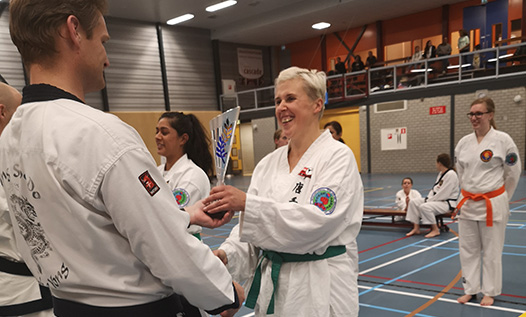 A thrilled Dace was joined at the tournament by her instructor Pat Forde from Munster Martial Arts , her husband Valdis and her son Ralf who also tested for his second Dan Black Belt this week.
Like many parents for many years Dace brought her son to learn Tang Soo Do with Pat Forde at Munster Martial Arts and was always Keen to start training .In fact Dace only took up classes two years ago after watching her son Ralf make black belt.  Dace's son Ralf also competed in Holland narrowly missing out on a trophy . Ralf has had a pretty impressive week himself when he tested for 2nd Dan Black belt earlier this week along with Calen Martin, Victoria Buckley Jamie Tyrrell,  Siobhan Rogers . Also testing for first Dan Black belt was Pierse O Neill , Scott Miller and 12 year old Robert O Grady . Tests were carried out by Grand Master Dominick Giacobbe 9th Dan Black belt and Master Pat Forde ..