All Ireland Tang Soo Do Championships

November 20 2010 – we attended the 2nd All Ireland Tang Soo Do Championships which was hosted by Master Nar in Dublin. This championship was attended by teams from all over Ireland with many group also travelling from the UK 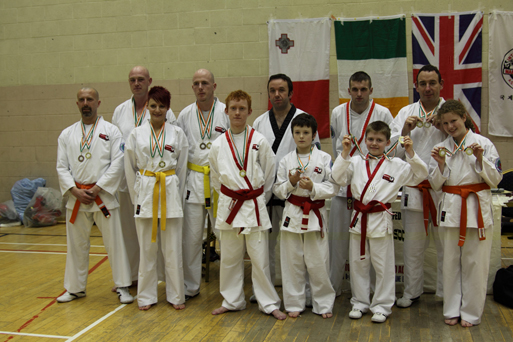 November 20 2010 - we attended the 2nd All Ireland Tang Soo Do Championships which was hosted by Master Nar in Dublin. This championship was attended by teams from all over Ireland with many group also travelling from the UK to compete. Our competition team did fantastic winning 16 medals including 10 Gold, 4 Silver and 2 Bronze Medals. This was a really impressive tournament. 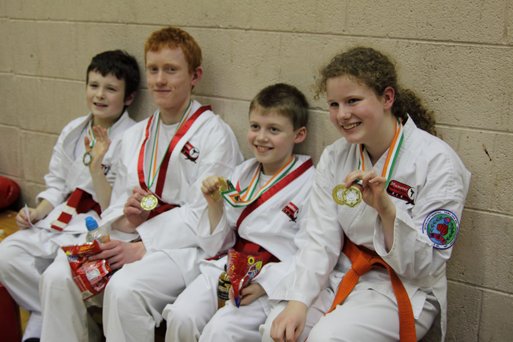 It is worth noting noting that this was the first competition for everybody who travelled on the day as many of our regular competiton team were unavailable due to injury and work/study commitments. This is a great result for everybody in Munster Martial Arts as our team consists of not only those that attend competition but of every student who attends class and the people,parents and families who make it possible for them to come and support them. From beginners to black belts our students help and support each other always in our training with positive attitude and fighting spirit and its this team effort that makes results possible.

Also at the competition Master Forde was presented with a special award for his support & development of Tang Soo Do by Master Nar.

Finally we would like to thank Master Nar & his team for inviting us along to this championships. We were made feel very welcome on the day and it was really great to meet some old Tang Soo Do friends and make some new ones too. Tang Soo!